There are arguably two things that are inevitable in life – change and death. Whilst the latter we tend to avoid at all costs, the former is something that we have to deal with constantly before, during and after the event. Change happens daily, hourly, by the minute and even by the second. Life is change, change is life. We spend a lot of time resisting change, sometimes with good cause, but when it becomes inevitable, accepting it, appreciating it and embracing it are the only real options. 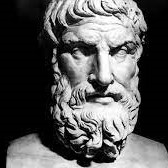 "It's not what happens to you, but how you react to it that matters"
EPICTETUS

The QUITTERS AND THE CAKE

What happens is always an outcome of many factors, some of which you can control, others you can’t and that realisation is one that leaders in the workplace should have at the forefront of their minds as they formulate their strategies for growing their business and their people.

How many times do we invest in onboarding new talent only to see it drift away? What is it that results in colleagues becoming disengaged, disinterested, demotivated and sometimes distressed enough to leave the workplace they once joined with such hope and optimism?

More often than not it is down to change and importantly, the way leaders or collective leadership deal with it. There are many opinions about what makes a great leader and I’m sure we can all conjure up an image of someone (famous or otherwise) we associate with successful leadership.  But those that can navigate through change and take people with them, seem to be the ones who stand the test of time.

And in 2022 we are still talking about the failure of leadership to create healthy and sustainable workplaces where people can truly thrive. Focus on wellbeing and mental health has never been more pronounced and yet we began the year with The Great Resignation and now it is all about the Quiet Quitters.

For years many workers have quietly quit to look for a new job and disconnected because of a lack of career growth, poor pay or an unmanageable workload. Jill Cotton, career trends expert at Glassdoor EMEA, summarises how COVID has added an extra layer to the cake. 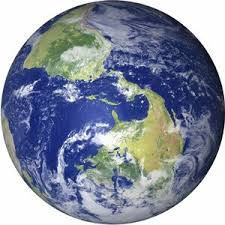 “The difference now is that when the pandemic flipped the world of work upside down, it prompted more and more people to question their career and work-life balance choices”
JILL COTTON

This is a fundamental point. The cake has become multi-layered and it is hard enough to keep people happy at the best of times. So when something flips the world on its head, how should leaders deal with it? What characteristics do they need to display? What are their priorities? What outcomes are they wanting to preserve or achieve as a result?

While mulling over this point, it brought to front of mind an encounter that I believe demonstrated how a leader at a micro level can flip the whole world back over and actually make it more balanced and spin more smoothly.

THE CRASH AND THE RIPPLE

Back in 2007, the year before the financial crash, a young management consultant was cutting his teeth in one of the big consultancy firms. Life was good, change was manageable in and out of work. Financial and personal security seemed in tact and the prospects for nurturing two young children in this environment were bright. The firm were impressed, pipeline and fees were flowing and the status and reputation of the young man and the brand were only strengthening.

Then change happened on an unimaginable scale. The personal security, such a vital foundation for surviving and thriving, was empathically and dramatically removed. Suddenly, life wasn’t working and as a consequence, work wasn’t working.

From a work perspective the risks of the ripple effect were clear:

And from a life perspective, the risks had rapidly become issues:

And the young consultant experienced a myriad of feelings:

COULD LifeWork® AGAIN AT WORK?

The young consultant tried to make things work but he knew his priorities were torn between delivering the high quality work expected as a consultant and delivering the best parenting he could in a fractured and, in all likelihood, broken relationship.

He began to realise he was doing both increasingly badly. He had started his career just over a year ago and now he needed to take a leap of faith that was not without more risks.

THE RELATIONSHIP AND THE TOAST

Within his first year, the consultant felt he had built or was at least building genuine relationships with those around him. He’d tried hard and so had others, reciprocation had been an unmeasured but vital KPI. Now he would test that to the max.

He reached out the lead partner, the person who had onboarded him, seen his potential and was nurturing it, and agreed to meet for breakfast one morning at a café not far from the office.

Sitting down in front of some black coffee and toast the partner had ordered before he arrived, the young consultant talked. And the partner listened, intently.

First came the facts, then came the emotion. And still the partner listened.

When he finished downloading his woes, the consultant outlined what he felt were the inevitable choices – no, just one choice – he would need to leave the firm. There was no way a high performing team like this could carry someone through what was a personal dilemma, his problem. What would they think, how would he fit in, what value could he add, why would they want this level of interference in their team?

The partner was pensive and then slowly nodded and clasped his hands under his chin.

“Firstly, thank you for telling me. It takes courage to open up like this and I am glad you’ve trusted me to share this devastating news.

Secondly, I am truly sorry for what has happened. I can see how much this affecting you and that is because you care. About your family and about your work and what I saw in you when you joined us last year is now sitting in front of me today.

Thirdly, you aren’t going anywhere except home. That is where you are needed to deal with what matters most and when you are ready, we will meet again and plan how we get through this together. I will handle things at work, you need to focus on your life.

Lastly, I want to see you eat some of that toast” said the partner. “You need energy to get through this and that requires fuel.”

This demonstration of humanity from someone who had built their reputation on their ability win prestigious clients and big revenues was almost too much for the consultant to take in. The risk had paid off and the toast was welcomed if a little cold. 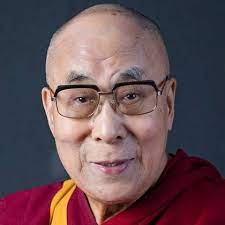 "Looking at various means of developing compassion, I think empathy is an important factor: the ability to appreciate others’ suffering."
DALAI LAMA

This leader had stepped up and shown the three key qualities that were needed - authenticity, empathy and adaptability – human leadership in action. He appreciated another's suffering and that sets human leaders apart.

Relationships matter – they build and sustain life and they make life work.

Dealing with the challenges ahead suddenly felt a whole lot more doable.

THE OFFER WITHOUT STRINGS

It was 6 weeks before the consultant was in a strong enough state to set up that next meeting. Oh yes, he’d kept in touch but the fall out from a traumatic separation and having to adjust to being a dad and mum to his two little girls had taken time to work through.

And the partner had kept in touch too. Every week without fail, a text would be sent “Hope things are improving, just want you to know that nothing has changed, reach out when you are ready”

“Nothing has changed.” In a world full of change, those words were precious to the young consultant. Some days were better than others so reassurance when it was needed most was welcomed with open arms and the inner strength had begun to develop.

The next meeting was pre-empted by a call where the partner asked three things with no strings attached:

The consultant felt a new found freedom to say what mattered most. He kept it simple:

During the course of their conversation, the consultant and the partner talked with purpose and crafted a bespoke arrangement to meet the three primary things he’d first asked. This is included:

What they'd created was a strategy on a human level.

THE REALITY AND THE PHOENIX

The strategy began. Gradually and slowly adapting and adjusting to deal with the unpredictability of life beyond work. As reality unfolded, the strategy did too and life began to work at work again for the young consultant.

Over the next few months, he embraced, and adapted to, the new environment, as did the team around him. In 2007, part time working for men was fairly uncommon and it was a first in this consultancy team. People noticed and admired the way in which what may have seemed a pipe dream had become a reality. All of a sudden, change was shaping up to be positive for the consultant and for the firm.

There was more to come. The consultant performed, really performed, released from the fear of perceptions of others, he was able to deliver with confidence, freedom and innovation.

“Like a phoenix from the ashes” the partner concluded as they reflected on the turnaround. 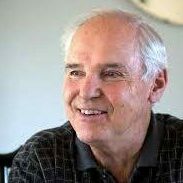 Potential was unleashed and the risks of interference had been mitigated.

THE FUTURE AND THE MICRO-ORGANISMS

Within 12 months, the consultant, who had once looked down and out, was promoted. The first part time working male to do so in this part of the regional practice. His contract became permanent (or at least as long as it was needed) and new paths opened up for him to grow and develop further.

And he went round the firm telling his story – a story of how together, he and the firm had made life work at work. And so did the partner – and it resonated.

The wider benefits of this one seemingly small act of kindness were now being replicated as awareness heightened that life and work is a blended experience where one very much relies on the other.

And it was human leadership that made it happen. And that matters – why?

Somewhere along the way, perhaps with the emergence of more technology, leaders have lost their senses - forgotten how to see, listen, touch, taste and feel their business. And that their own micro-organisms – their people – need to be handled with the same sensitivity and care.

This is why many firms are still wrestling with the same issues. Red-threading human leadership through your operating model will create an eco-system where every single micro-organism will survive and can thrive.

It is whatmakes LifeWork®.

Fast FORWARD TO HERE AND NOW

Take a moment to reflect on your leadership within your organisation?

Do they have what it takes to make LifeWork® at work?

Discover how to weave human leadership into your business.

Oh, and what happened to the young consultant?

He went on to become a Director in the People and Performance function, shaping and delivering strategies in the same organisation for 1,000s of people. He has now taken his learnings, experiences (and dare I say it wisdom) into his own purposeful practice and writing stories to help others, just like this one! 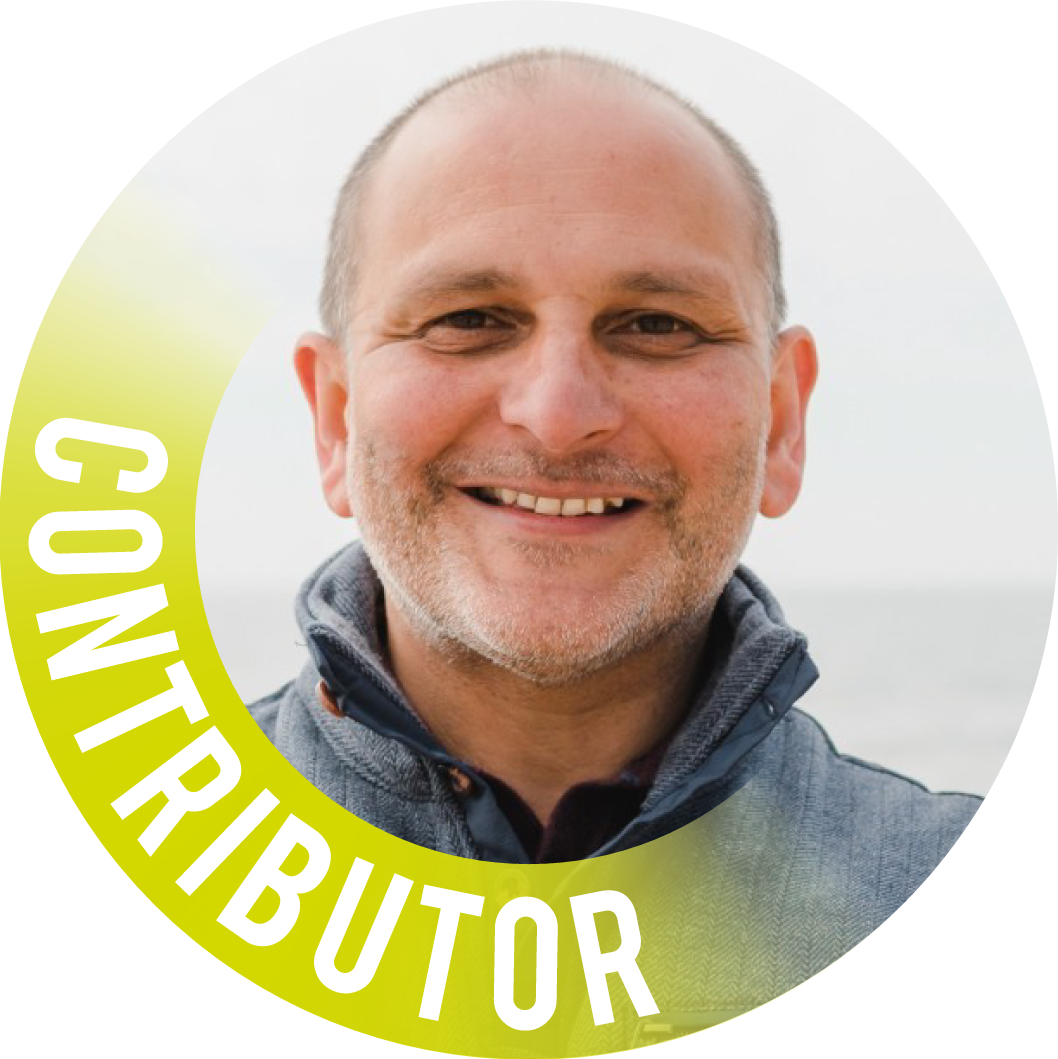 “For generations stories have educated, influenced and inspired - long may this continue!”
ANDREW AKAL
Did MAKING LifeWork®  feel familiar?
Let us know if we can help
Contact Us
Live Events
Knowlegde Central
All Wicked Challenges