Overview of MERGING WHAT MATTERS

Two organisations coming together under one banner. Two leaders proclaiming a brighter future. Three months to make it happen. Many hearts and minds racing. One disaster waiting to happen. How do you fix this?

Merging two organisations together is never easy. Each has been born, grown and developed as a unique entity, and will have its own characteristics - its own personality if you like.

When I was parachuted in to rescue the merger of two financial services firms, I knew had a task of my hands. Given my experience, I had a fair idea of what the new entity could look like, but I honestly had know idea how it would feel.

How an organisation feels matters. There was a lot of talk of 'synergies' and 'natural fit' - after all, both companies were in the same industry in a similar geography, offered similar products and services, and broadly appealed to similar demographic customer audiences. Surely this would be purely a merging of processes and technologies and the people bit would just slot together nicely?

This story isn't about technical success. You can read numerous pieces about that. It's about delving into the people matters that will ultimately bring about that technical success - and when it comes to people, well they really, really matter. What I learned from this experience is something that I believe is worth passing on, worth sharing, in the hope it will help others who face the inevitable challenge of future mergers and acquisitions. Mergers can be complex, overly complex, and the danger is we get lost in the complexity and forget about the simplicity of what can help us through the journey. Humanity. 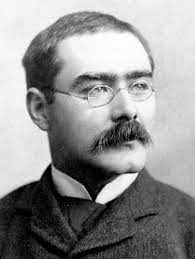 “If you can talk with crowds and keep your virtue, Or walk with kings—nor lose the common touch...”
RUDYARD KIPLING

It began with people and it ended with people, some strengthened, some broken. It was an important learning because it taught me that measures of success go far beyond the commercial expectations that so often drive these transformations.

It made me reflect on great changes I had witnessed growing up as a teenager. Significant changes to the industrial landscape in the 1980s and 90s may or may not have been necessary at the time, that is another story. But it is the human impact I remember the most, and that is the legacy people remember the most. A major organisation changing forever. Social harmony disrupted. Communities and families divided, opportunities for some, but not for the many and certainly not for all. Cultures damaged beyond repair. Trust eroded. An entity, born of probably hundreds of years of evolution, was now deconstructed into a new and unrecognisable beast.

It wasn't a merger, but it was a significant change. And history will tell the story of how it was handled and how much people mattered. Not enough talking with crowds and recognising the importance of a common touch...

Back to the merger itself. Of course, the required business outcomes and CSFs were quickly established - the usual suspects underpinned the business case - financial integrity and gains, risk management, technology integration, streamlined processes, product consolidation, rebranded workplaces, CRM plans, organisational design - a common thread was do more with less. Steering groups, working groups and work streams were created and plans, plans and more plans were documented. They needed to be good - we only had three months.

But what we lacked at the outset were human success metrics. How would we ensure the people at the heart of both organisations were considered and treated fairly and with feeling? How would we make sure everyone felt like they mattered? Could we plan for opportunity for everyone?

This is where we needed to focus time and effort. If we were to merge what mattered, we need to understand the people. The communities, the cultures, the leaders, the followers, the wise ones, the factions, the often unheard masses.

Every social group (and a workplace is a social group) has immense diversity. It may not be realistic to identify and understand it all but heading into a merger with the right intent and a commitment to take the right action where people are concerned, is right up there with any other CSFs that immediately spring to mind.

Notebook and pen in hand, I rolled up my sleeves, put on a company badge and explored. The badge was important, it triggered an immediate connection in the given environment. Different company, different badge. Let them see you are not here to be a outsider threatening their homeland. You are here to help them through change. When I was with both companies, I tried not to overly display the badge of the one in who's building we were meeting. It is subtle but a badge matters to many and respecting it shows they matter to you.

This may not always be an easy ask, especially if you are managing large scale transformations across multiple geographies and cultures. So think about how you can do that in those situations. Who can be your eyes and ears in the places that matter? If you can, get into the key communities and see how they live and breathe, you will learn so much about the culture. And like any culture, there will be traditions, rituals, ways of communicating and behaviours adopted in times of joy and adversity.

Find the social hubs. Use the canteen, the drinks machines, get to know the reception and security staff, even the cleaners - they are usually a perennial part of the community and can often guide you through the labyrinths that await.

Show an interest in how life works in the place. You may not uncover everything that matters, but finding out what makes each entity what it is will help determine what must remain and what can be relinquished.

Within every organisation, there are those that know, I mean really know. Track them down, get to know them, get to know what they know. Keep them close for they can be the standard bearers of success.

Mergers can result in a huge loss of knowledge, sometimes built up over decades. Consider how the business outcomes could impact on the knowledge and its keepers and plan how to preserve it for the future.

They are in every social scene. Be careful, don't just listen for the noisy ones. The quiet conspirators are often the most deadly. Encourage them to speak, to vent, to proclaim the end of the world is nigh. And then deal with it, answer it all, with truth and direction.

Ultimately, they just want the truth and whether you pacify them fully or not, you will have quenched the thirst of an otherwise powerful force.

Spend time working out who can make or break your plan. Seek out those with the most to gain or the most to lose. These will often be the more powerful individuals, the 'kings' if you will. Understand their egos and agenda and, if you can, dig into their motivations and fears.

Invest time in getting to know them and work through 'must haves' and compromises so you limit any surprises along the journey. Be prepared for the bombshells - the hardest surprises to manage will come from them, not from technology or processes.

You'll be relying on a core number of people to make things happen. Don't just think about what needs to happen but how it needs to happen. Choose people who can enthuse and inspire, but also those who can articulate the business case with humanity and also understand the extent to which change can stretch beyond the mechanics and are aware how to manage sensitivities with good sense.

They can be a rare breed so search thoroughly and choose wisely. After all, what is left behind will be a legacy on you as well as others. People, not systems feel change and remember it.

Change brings uncertainty and with this comes levels of fear. Will my job change, will my boss change, where will I work, will I still have a job? Test the water, feel the atmosphere, breathe in the sentiment. Invite the silent ones to share their thoughts and do it with intent.

Listen with empathy, evaluate with rigor and act with purpose. Make sure no one is left feeling isolated or neglected. However many people are involved, each one is a human being with a heart and a mind - just like you. You may not solve all concerns but you will show you care about everyone, not just those paying the fees.

Once you have determined the state of hearts and minds, go back and see if your business outcomes still hold up to scrutiny. Ask yourself a few questions:

SET SAIL AND RIDE THE STORM

I won't say the next three months were plain sailing, far from it. Some of these learnings became apparent and were absorbed along the way. Realising there were so many human challenges that could not be captured in a project plan, but were critical to the success of the journey, was as enlightening as it was challenging. We journeyed together, laughed together and cried together. They had been involved, engaged and valued and now they were prepared to assist rather than resist.

And with that togetherness, we learned to adapt, as a group, and when that happens, communities form and so the cycle begins. And adaptability, along with authenticity and empathy, is a critical characteristic of human leadership - the ability and willingness to change during a period of change and take people with you, side by side, not kicking and screaming. Of course, there were hearts that ached and some that were broken, change does that. But what mattered was that everyone mattered. Assimilation started to emerge as people began to acclimatise and settle into what was to come. 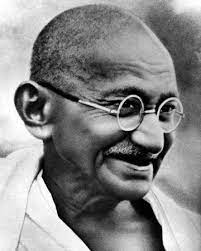 “Adaptability is not imitation. It means power of resistance and assimilation.”
MAHATMA GANDHI

As with all change, the turning point to a better existence is acceptance. This is crucial ingredient if you are going to leave a legacy that people will remember for the right reasons. Everyone emerged with a pathway for them and an understanding of what, how and why it happened. I may not have been utopia but it certainly wasn't hell either. And it could so easily have been.

And so what emerged was a newly formed entity that was born with its own heart and its own mind that was reflective of, what I guess you could call, its parents. A new personality with characteristics that reflected the important traits that were worth holding on to.

Its' future growth and progression would be the next chapter. Building on the learnings and experiences from the previous one would demonstrate what wisdom had been gained along the way.

Did MERGING WHAT MATTERS feel familiar?
Let us know if we can help
Contact Us
Live Events
Knowlegde Central
All Wicked Challenges