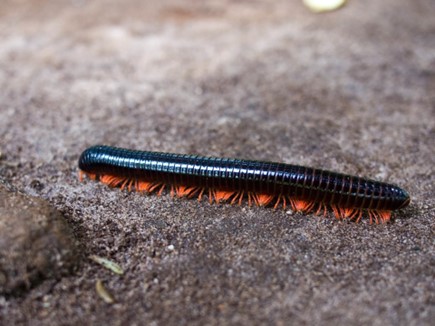 Overview of THE PIVOT DECADE

It is clear to us in 2032 that when leading business publications - at the end of 2022 - described 2022 as the Year of The Great Pivot, they were premature. To be sure, there were some very significant pivots in that year – Meta and their related platforms (e.g. Instagram) pivoting in response to strong performance by competitive newcomers, IBM pivoting to a more permanent work from home model, Spotify moving from being an intermediary delivering music to providing original content for its customers. Also, many other organisations - large and small - continuing along their path to digital transformation.

However, many significant developments since then were not foreseen – not even by the leading futurists of the day. Our move to a heavy dependence on satellite Internet connectivity following the demonstrated vulnerability of international cable and terrestrial fibre networks - as shown in several dramatic terrorist attacks post-2022 – was not foreseen. This is despite the example of the use of low-earth orbit satellites in neutralising Russian attempts to cut off terrestrial communication in Ukraine after their invasion.

Also not foreseen was how ubiquitous drones were to become in delivering everything from household shopping to assassinations. Seeing dozens of drones routinely carrying out their tasks has become as common as seeing commuter cars.

Add to the mix the accelerated swing to autonomous vehicles - particularly of large transport vehicles - and we can begin to understand the attacks on such vehicles and their communication infrastructure made by those losing their jobs. This was a major feature of this past decade. This international civil uprising made Luddite attacks on the spinning jenny look like a picnic.

The catalogue of dramatic changes that came down the pike post-2022 served to make changes in earlier decades appear pedestrian. Cataloguing them here would be to repeat much of what we know. However, it is clear that - back in 2022 - describing 2022 as the Year of the Great Pivot was premature. Events since then have made the decade to 2032 one of most eventful and changeable of the 21st century.

For those who hesitated to pivot back in the day a story is told of two crows observing a Shongololo (Giant African Millipede) going by.

The Shongololo has a particularly unpleasant taste and a way of releasing body byproducts to fend off attacks. So, the crows weren’t thinking of making a meal of it. One crow asked the Shongololo, “How do you decide which foot to put in front of the other?”

The Shongololo stopped in its tracks and replied, “I don’t know, I have never thought about it” Bored with the conversation, the crows flew off. The Shongololo stayed where it was trying to decide which foot to put in front of the other. Only after thinking about it for a good few minutes was it able to resume its journey.

The message from this tale? It is that most organisations needed to seriously address the need to pivot back n 2022. Analysis paralysis back then proved fatal for many organisations in the ensuing decade.

Here in the Pivot Now! section we will be telling stories and offering clues on how the ability to pivot should form a key element of any organisation's DNA

Talk to us about how we can help you Pivot Now!™ by applying the Six ITs™ and using the YourBigPic™ platform.

Did THE PIVOT DECADE feel familiar?
Let us know if we can help
Contact Us
Live Events
Knowlegde Central
All Wicked Challenges